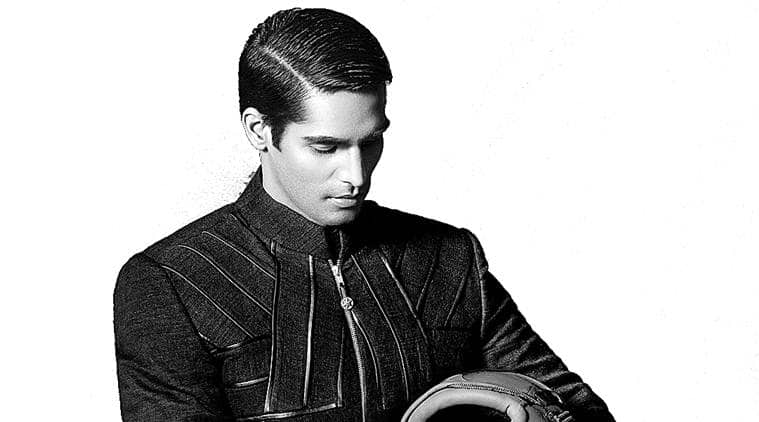 Major Dhyanchand stadium in Delhi was witness to eclectic and brave sartorial choices this weekend, as it hosted the Spring Summer 20 edition of Lotus Makeup India Fashion Week (LMIFWSS20). An array of designers, both established and upcoming, presented their interpretations of #myfashionmytribe, which was also the theme of the grand finale that took place on Saturday night. The Fashion Design Council of India (FDCI) also curated a special show titled “Young Guns”, which aimed at showcasing the young brigade of the fashion fraternity. Personal experiences and narratives, environmental concerns and Indian handloom seemed to be weighing heavily on the young creative minds, most of whom presented menswear. We bring you a selection.

Ghaziabad-based Sushant Abrol, who lost his elder brother Squadron Leader Samir Abrol in February earlier this year, paid homage to the Indian Air Force and defence personnel through his menswear collection “Beyond the Clouds”. Abrol founded his label Countrymade in January 2019. “This is my way of remembering him, and for the people to know that he died in the line of service,” says Abrol, 29, a NIFT Mohali graduate. The collection has ready-to-wear separates in stark shades of blue, slate black and white. We see bomber jackets, leather gloves, military cut safari jackets, and shirts with detailing but little or no embellishments. “I am glad that young people are getting a platform. Just because we are young doesn’t mean we are immature. We also have a sense of fashion and design,” asserts Abrol, who has earlier worked with designer Rohit Bal.

Delhi-based designer Aman Singh has named his menswear label Bareek, the Urdu word for “very fine”. “The idea was to make ‘fine’ clothes that are intrinsic to heritage. For instance, khadi is a fine fabric, it’s like second skin, even though the first impression is that of it being a coarse material,” says Singh, a self-taught designer. He is showcasing Intergalactic Luum, where he has blended Jaamdani from Bengal with Ikat from Telangana. The collection also has a graphic novel to its name. “We need to not just hark back on traditions but also take them forward and contemporarise them,” he adds. Singh got involved with textiles and weaving clusters by accident, when he stumbled on a weaving cluster on a road trip to Bengal. “Our handwoven materials are light and breathable, in tune with the tropical heat of the region. This is only possible on a handloom,” he adds. Singh, 28, has a background in branding and marketing. He also worked on the 2015 Make In India campaign.

Keeping in tune with the theme of inclusivity, designer Sameer Madan’s Spring Summer 20 womenswear collection embraces heritage and history, and yet doesn’t let it entrap you. We see a lot of puffed sleeves and clinched waists, but he juxtaposes them with a thigh-high slit. “We saw these cuts and styles in the olden times, and they became synonymous with entrapments. I wanted to change that. We need to embrace history and not feel entrapped by it,” says Madan, 27, who graduated from London College of Fashion. His clothes evoke glamour, courtesy the use of satin. There is also a lot of organza, to create volume. Leather appliqué is something of a calling card for Madan. “We have used faux leather to embellish the outfits in this collection,” adds the Delhi-based designer.

Tall, fair and leggy models might have dominated the ramp but things somewhat changed with more dusky models such as Carol Gracias and Archana Akil Kumar. This edition of the LMIFWSS 20 made a conscious effort at promoting diversity. We saw Sakshi Sindhwani, a plus size model, walking the ramp for most designers. Nagaland-based transgender model Kenny Awomi (pictured) also walked for multiple designers. A burn victim, Suman Mishra was seen walking for Amita Gupta. In addition, designer Nitin Bal Chauhan addressed the issue of mental health and dementia in his show held on Thursday.