In a since-deleted post on her Insta-stories, Kardashian posted a picture of what fans assume to be her pushing a cart holding presumably her two oldest children, North and Saint while shopping the aisles of her local Target store. She captioned the post, which shows the cart near the school supply aisles, “back to school shopping.” While she may have deleted the post, an eagle-eyed fan was able to screenshot the picture and post it on Twitter with the caption, “Imagine minding your business in target and @KimKardashian walks by with her kids in a cart and you have to act normal.” 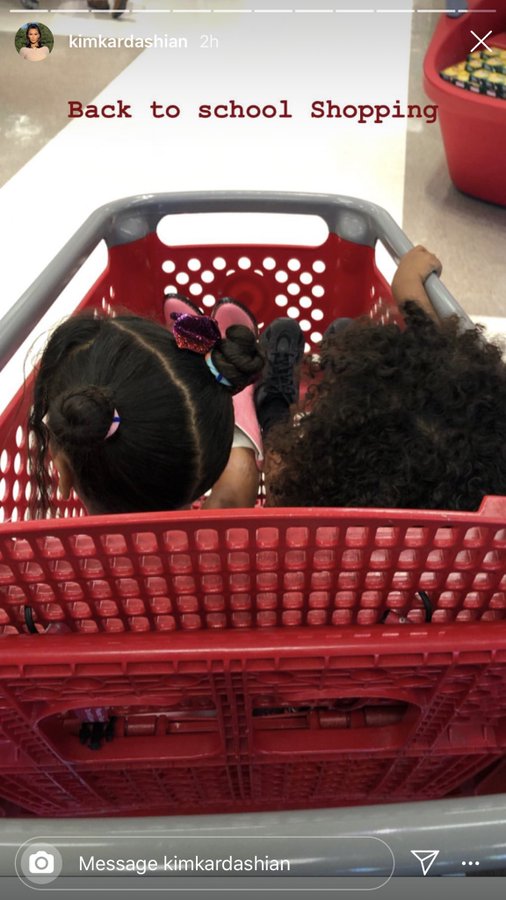 Some weren’t so convinced that Kardashian, known for her love of designer outfits and lavish lifestyle, was as obsessed with Target as the rest of us.

“Kim Kardashian is on crack if she thinks we’re gonna believe that she just goes to target for back to school shopping like a normal ass person lol,” wrote one commenter.

“okay i know damn well Kim Kardashian ain’t shopping at f**king target for back to school,” wrote another.

Others were simply amazed that someone as rich and famous as Kardashian would shop like the rest of us. “I’m so shook that Kim Kardashian shops at Target,” read one comment, while another read, “going from the cover of Vogue to school supply shopping at target with kids in her cart is #momgoals lol.”

It just goes to show that no matter how many designer outfits you and your kids own, everybody loves to spend time shopping at Target. Let’s face it, even celebrity kids are getting ready to head back to school and kids love nothing more than shopping for and picking out their own supplies. Kardashian may not be a regular Target shopper but it’s not so surprising to see her bringing her kids as they get ready to head to school soon.