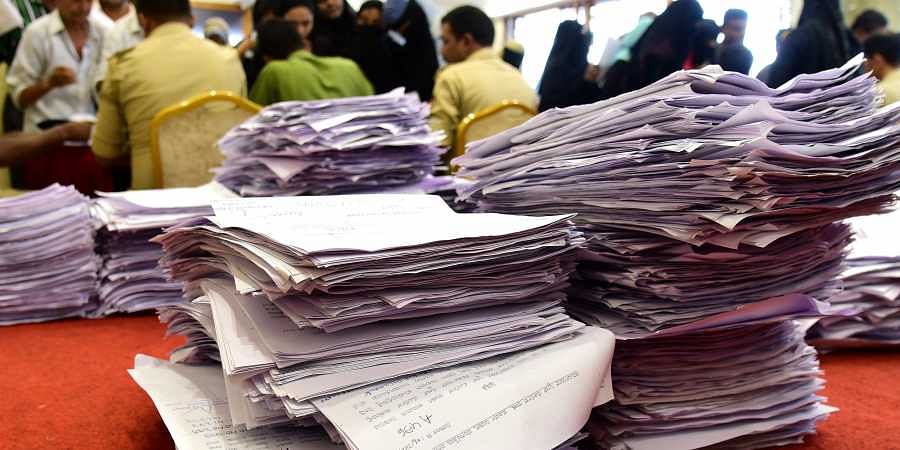 BENGALURU: A senior police officer said that by Tuesday evening, as many as 8,000 complaints were filed by investors of IMA, and the number is expected to go up on Wednesday. The SIT teams will search for the four directors, including relatives of Mohammed Mansoor Khan, managing director of IMA.

It is estimated that the total amount of money investors put into his companies is more than Rs 2,000 crore.
On Monday, an audio clip, purportedly of promoter of the group, Mansoor Khan, went viral. In the audio recording, Khan said he would commit suicide, and blamed Shivajinagar MLA Roshan Baig of allegedly taking Rs 400 crore from him and not repaying it. However, police are yet to ascertain the authenticity of the audio, and roped in forensic experts to verify it.

On Monday, just days after celebrating Eid, investors in IMA Jewels, a company with varied business interests, including pharma and infrastructure, rushed to the main office of IMA in Shivajinagar in panic. The investors were met with downed shutters, fuelling fear further. They had been on edge for a few months, as payments for their investments had been halted in several cases.

The gathering staged a protest, which continued late into Monday night, as police set up counters to take complaints against the promoter and managing director.  The method used by Khan is not new. It has its roots in the practise of ‘halal’ investment, which targets investors from the Muslim community who believe that ‘riba’ or usury is haraam in Islam.

IMA drew up a scheme whereby depositors were allowed to invest funds upwards of Rs 50,000. After 45 days, the investor would be paid returns on the sum, with a premium ranging between 2% and 4%, depending on how much was invested. Investors were told they could withdraw their principal amount as and when they wished. In case they chose to keep the money with IMA, they would continue to get returns. They could choose from several options, including gold, clothing or infrastructure. The company used these funds for trading, and the returns would be monthly for gold, yearly for clothing and bi-annually for construction.