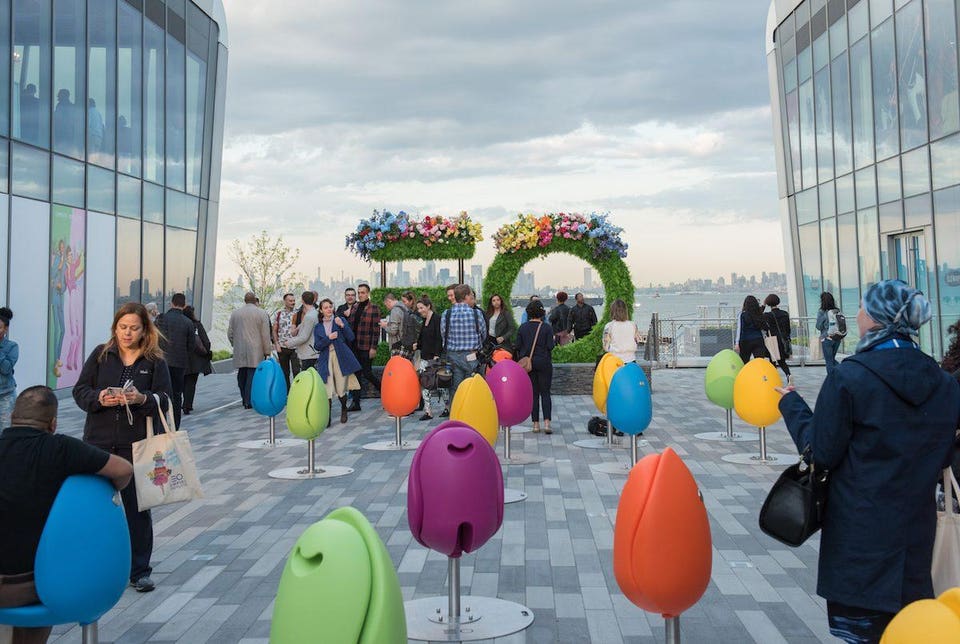 New York’s best-kept secret is no longer a secret.

Empire Outlets is here, and open for business. But where is this million-square-foot setting? New York City has never had an outlet mall. There was a spectacular amount of publicity surrounding the grand opening of Hudson Yards in early 2019, a space on the West Side, close to the Hudson River. It has a host of famous names for shopping.

But more quietly, and in an even more dramatic setting, has been the creation of Empire Outlets in Staten Island—the only one of its kind in the five boroughs, and a must-stop-shop-and-gawk for visitors and native New Yorkers.

The experience is enhanced because you not only get to go shopping at a discount,  or eat in a variety of restaurants, but you can take the famed Staten Island ferry there, passing by that lady forever holding a torch high. And when you arrive, you are virtually at the mall.

To punctuate the opening, there will be a gala fireworks display on July 4that 9 P.M. It will be the second fireworks in two nights in this section of Staten Island known as St. George, On July 3, the skies will light up in a display in conjunction with the Staten Island Yankees, the Bronx Bombers’ farm team. Their stadium is just a short throw away. 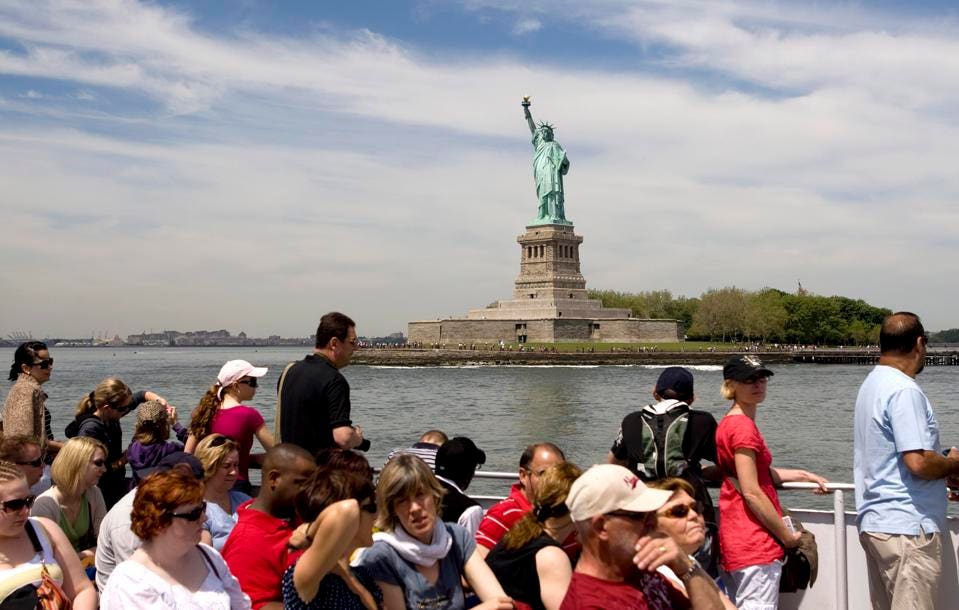 Travis Noyes, Empire Outlets’ senior V.P. of marketing, suggests that prices are one major reason for foreigners, for example, to visit: “In Argentina, you’d probably pay four times more for a pair of Levi’s jeans.”

But Noyes, who has lived in Staten Island for more than eight years, also has a more personal reason to love the mall.

“You don’t get many opportunities in life to change the neighborhood,” he explains.

But it’s not just shopping, food, and fireworks that is the attraction of Empire Outlets. It’s also the view.

There are four “visual corridors”—places to see the New York skyline as a backdrop to the Hudson River. In front of you the river life of the city—often unknown to tourists and even New Yorkers—becomes more than a photograph. There are grand ocean liners, barges, tugboats, sailing craft, yachts. And beyond is that city that never sleeps. For me, the best of the visual corridors was behind the grassy “E” and the “O” in a modernistic tulip garden.

Hungry? A rooftop collection of restaurants are planned to be opened by September, a 12,000-square-foot area called MRKTPL (you provide the vowels). Still hungry for great views? It will also feature a beer garden. Such noted food names as Shake Shack, Wasabi Steak House, and Manoun’s will be serving. 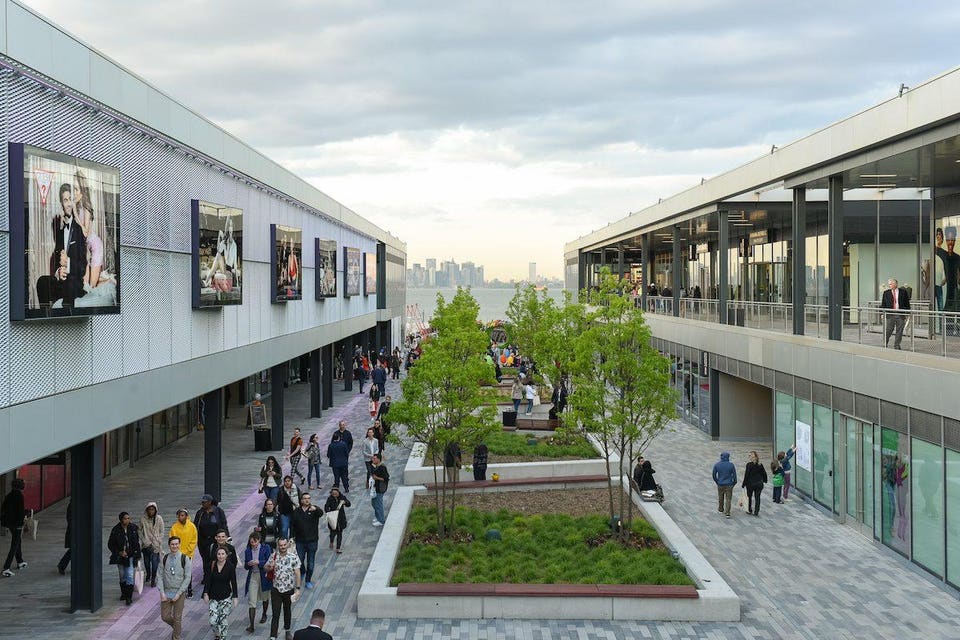 Strolling at the Mall

And if you’d like to get to Staten Island without the ferry, you can always drive. There is parking at Empire Outlets for 1,000 cars.

But I’m sure the ferry is a major part of the appeal. It is free, it runs every half hour (twice as often during morning and evening rush hours), takes 25 minutes, and carries more than 22 million people a year.

It is surprising how many people from New York have never been to Staten Island except on their way to New Jersey. But this might just be the biggest reason to include the place once known as “the forgotten borough” on your shopping, sightseeing and eating adventures.